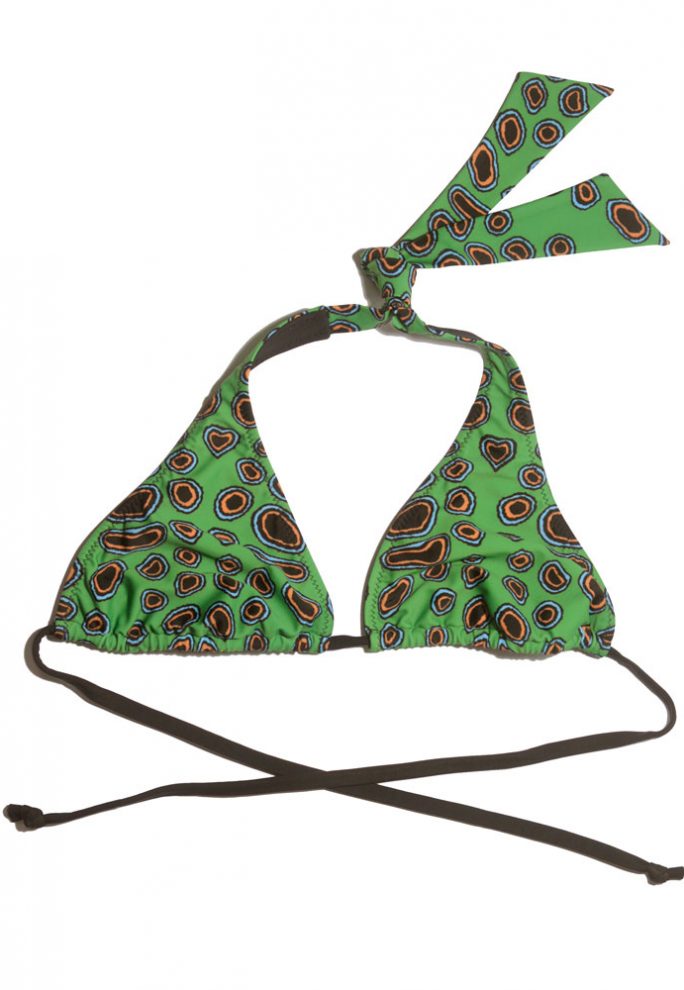 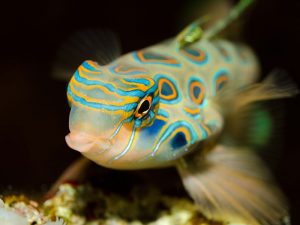 You won’t see this reclusive bottom dweller much during the day, but at dusk, the Green Spotted Mandarin (Synchiropus picturatus) gets its groove on. Hip-Hopping between coral branches, it swims by rapidly pulsating its fins, like a hummingbird at a honeysuckle convention. The Mandarin makes its home in the coral reefs of the Indo-West Pacific region, from the Philippines to eastern Indonesia and northwest Australia. While its striking pattern of psychedelic blue, orange and black spots on a green background is in good taste, it’s coating of unsavory slime warns predators to move on to the next menu selection!