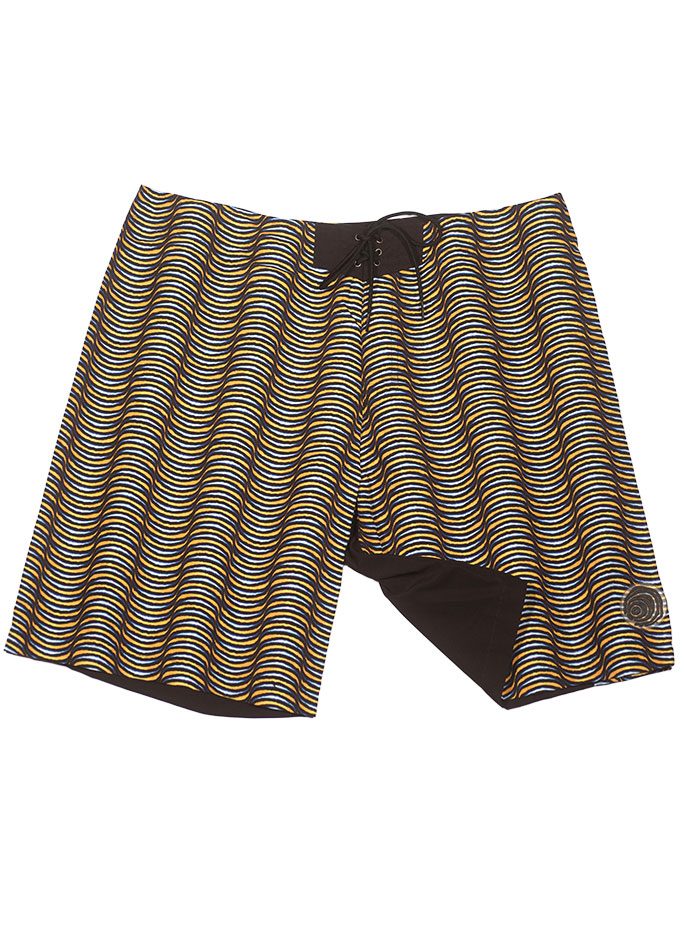 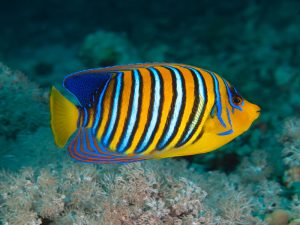 This colorful inhabitant of the Indo-Pacific waters really shows its stripes when predators are ready to pounce. It gives the impression of being an easy target. However with a little “slight of fin” maneuver, the Regal Angelfish (pygoplites diacanthus) directly faces its foe causing the stripes to disappear and leaving the predator pretty darn confused…and still hungry. The angelfish’s vibrant blue, yellow and whites stripes identify in part with its Latin moniker. Hoplites were heavily armed Greek foot soldiers with vibrantly colored plumage on their helmets. Sans shields or armor, the Regal Angelfish uses its “now you see me, now you don’t” tactics to live to swim another day.

Be the first to review “Regal Angel Shorts” Cancel reply